The aliens in my novel ‘MILIJUN’ know there is an afterlife; it’s one of the points that makes them interesting. What they say is also interesting, so hopefully not giving too much away, here’s a brief glimpse:
“You have your beliefs and your creeds, but you do not know the much of it,” Rkapth said. “Truly, you only see what you are able to see and weave your theories accordingly. There is so much more, more than you can even imagine. The truth is immense, perhaps even larger than the universe within which we, and you, endeavour to plot our future. There is an essence to life, a spirit to life, what your species oft calls a soul.” The alien stared intensely at Jason. “This we know as a fact, not just a belief, or even a hope.” A fleeting smile crossed his countenance, alien but remarkably human. “It is a good thing to know and perhaps not a good thing to know, but it is a definite thing. We do know it. We do understand it. We oft celebrate the fact, just as some humans celebrate the belief. The essence survives beyond what you call death and we call nedar, the gateway.” 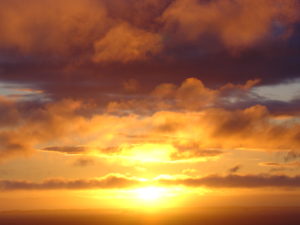 Currently on our planet there appears to be a tremendous amount of investigative energy devoted to studies into the afterlife; how it relates to our known universe, what it is and where it can possibly be. The link at the end of this blog is one of the latest where statements from several prominent physics [not psychic] researchers from eminent institutions claim that quantum mechanics predicts some version of Life after Death. They declare that a person may possess a body-soul duality that is an extension of the wave-particle duality of subatomic particles.

People and the Afterlife:

To many people, actually searching for the possibilities of universal [or multi-universal] validation, or otherwise, of an afterlife will seem pointless and bound to end in frustration. To others it may offend their religious beliefs. I am convinced it will not, and should not, do either. Faith will always be faith, no matter what surrounds us in our physical world. After all, some people need the reinforcement of communal worship to fortify their beliefs and there is nothing wrong with that. Others profess their beliefs in solitude, preferring the quiet time which it gives them. No matter what you think, the belief in an afterlife has been with mankind from time immemorial. But then again, time itself is under scientific scrutiny like it has never been before.

Quantum Physics and the Beyond:

In the linked article one of the scientists says: “What we consider the here and now, this world, it is actually just the material level that is comprehensible. The beyond is an infinite reality that is much bigger. In this way, our lives in this plane of existence are encompassed, surrounded, by the afterworld already… The body dies but the spiritual quantum field continues. In this way, I am immortal.”

Much, much more to come:

This study and many other current studies are just the first rung on the ladder of our attempts to understand the universe within which we have the honour of living. When people espouse the theory of evolution it can only tell a small part of the story. What we can see is what we are on this planet: designed only to survive in this physical realm, anything else is not required at this level, and would, in fact, get in the way of our immediate survival. However, beyond this physical world is another story – the beyond is an infinite reality, for which we need much more than our immediate and necessary Earthbound senses.

On occasions some people do touch the beyond, not through science, but by some other sixth sense − and that is a great subject for a future blog.

This article is just one small step on our growing understanding of the universe:
https://www.outerplaces.com/science/item/4518-physicists-claim-that-consciousness-lives-in-quantum-state-after-death

and a video on a different approach: