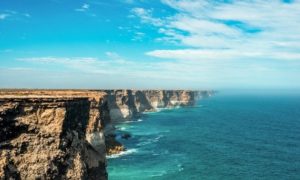 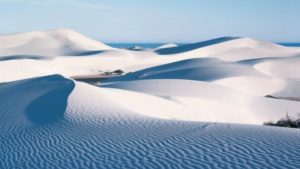 And readers who have read ‘Milijun’ will know that the action in this Science Fiction thriller occurs on the Nullarbor. So this month let’s take a look at this unique place and uncover a few of its secrets.

Also this month at the end of the blog we have an Author Spotlight for Renee Scattergood. There are links to her ‘Shadow Stalker’ series. Renee lives in Australia and so fits in well with a blog about the Nullarbor Plain. Her books are well worth a look if you enjoy dark fantasy. The first two books in the Shadow Stalker series are free from her website.

Introduction to the Nullarbor Plain

The name derives from “null (Latin for no) and arbor (Latin for tree)”. By sheer coincidence, apparently, in some Aboriginal languages nulla means “none” or “not any”. Maybe there is some basis to a story told in Ancient Rome by some sailors returning home with apparently wild stories about large hopping animals.

Even the most avid member of Tourism Australia would tell you that the Nullarbor is not one of the most scenic places to visit Down Under—but it is certainly dramatic. The Great Dividing Range may not stretch its panoramic topography to this vast limestone area. But over 100 million years ago the great Eromanga Sea certainly did. Much of the land surface around the world was flooded at this time.

The Nullarbor runs between Adelaide in South Australia and Perth in Western Australia, and at its widest point stretches for 1256 kilometres [781 miles]. It is part of the area of flat, almost treeless, arid or semi-arid country of southern Australia, located on  the Great Australian Bight coast. The Great Victoria Desert lies to its north. It is the world’s largest single exposure of limestone bedrock and occupies an area of about 200,000 square kilometres (77,000 sq mi).

Lying at the edge of the Great Victoria Desert on the southern margin of Australia’s majestic Nullarbor Plain, Yalata Indigenous Protected Area (IPA) covers 456,300 hectares of coastal dunes, limestone cliffs, sand plains and shrublands. It was declared in October 1999.

Originally occupied by Wirangu and Mirning coastal communities, Yalata’s Traditional Owners also comprise Kokata, Antakarinja, Pindiini, and Ngalea western desert peoples. These groups are linked through cultural affiliations and traditional practices. The Yalata community identify as southern Anangu, and speak a Pitjantjatjara dialect. Owned by the South Australian Aboriginal Lands Trust, and leased by the Yalata Community Council, the IPA is managed by the Yalata Community.

Anangu live mainly in the small township of Yalata, using the land for hunting and fishing, and for cultural purposes. Archaeological dating of cultural sites shows that Aboriginal people have lived in the Nullarbor area for at least 40,000 years.

Surrounded by national parks and reserves, and the Great Australian Bight Marine Park, Yalata forms part of a wider region identified for conservation purposes. Yalata protects large areas of native vegetation that remain uncleared. It is part of one of the largest patches of mallee in the country.

Around 20,000 people visit Yalata each year to fish, camp and watch the migration of southern-right whales. The whales arrive from Antarctica between June and October.

Such large numbers of visitors put pressure on the environment, particularly on the fragile dune systems. Environmental management and conservation activities performed by Anangu rangers help to alleviate these impacts. Important breeding grounds for whales and fish are being protected and managed, and viewing platforms and boardwalks have been constructed to protect dunes and beach areas from erosion.

The Nullarbor Plain is a former shallow seabed. In areas, the southern ocean blows through many subterranean caves. This results in blowholes up to several hundred metres from the coast. The Murrawijinie Cave in South Australia is open to the public, but most of the Nullarbor Caves on the Western Australian side can only be visited and viewed with a permit.

Fossils and Aboriginal artifacts and art have been found in many of the caves of the Nullarbor, the most famous of which is Koonalda Cave. Most other major caves of the Nullarbor are in the Western Australian section. Spelothems (cave decorations) have been found in many caves. Surrounding the water of the underground lakes there are places where delicate crystals have formed.

The Nullarbor has a desert climate with arid to semi-arid conditions. Rainfall averages around 200mm per year. Inland, summers can be scorching hot, with daytime temperatures close to 50 °C (122 °F), while in winter nights can drop well below freezing.

If you spot a camel wandering across the plain don’t worry – you haven’t gotten lost and ended up in Egypt. These camels were imported from British India and Afghanistan to use as transport while building the railroads during the 19th century. The railroad workers thought they would eventually die off, but they have flourished in Australia’s deserts. Australia is now the only country in the world with herds of feral camels.

Other animals that call the Nullarbor home include wombats, emus and kangaroos. Another occasionally spotted Nullarbor resident is the dingo.

Southern right whales can be seen from the clifftops when they visit their winter calving grounds, from May to September.

The Nullarbor Plain is strange and beautiful and unlike anywhere else in the world – so, if you are feeling adventurous, why not explore it on your travels in Australia? Scratch the dry surface and be prepared to unearth many legends, a rich history and stunning scenery.

If you take the time to explore and discover, talk to the locals, have regular breaks and absorb the atmosphere this will become one of your life’s greatest experiences.

Check out the Nullarbor Roadhouse: ROADHOUSE 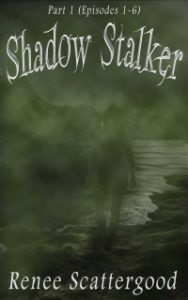 Renee Scattergood, author of the dark fantasy serial, Shadow Stalker, lives in Australia with her husband and daughter. She loves reading, watching movies with her family, and watching YouTube videos with her daughter. Visit her site for free copies of Shadow Stalker Part 1 and 2 (Episodes 1 – 6): http://reneescattergood.com

This fast-paced and exhilarating adventure will keep you on the edge of your seat!

Auren longs for the freedom that comes with adulthood and wants to celebrate her coming of age with her friends on a distant island. When her strict foster-father, Kado, says no, she sneaks out, determined to prove she can take care of herself. But her forbidden excursion turns into a nightmare when the island is overrun by the Galvadi Empire forces. Worse, she learns that she is their main target.

Drevin, Emperor of the Galvadi people, is convinced she will enslave the people of the Serpent Isles and wants her dead.

When Auren learns she is a shadow stalker, someone who can travel between the physical and spirit worlds, and that she is the only one who can stop Drevin, it’s more than she can take. Her whole world is turning upside down and instead of adulthood bringing freedom, she is instead overwhelmed by a greater undertaking than any one person could possibly overcome. It seems hopeless.

However, if she can defeat Drevin, maybe she can have her old life back. More than that, the people she cares about would be safe to live their lives, and the people of the Serpent Isles would be free of the Galvani forever.

You can check out other books by Renee here: