Earthly Senses – how alien are they? 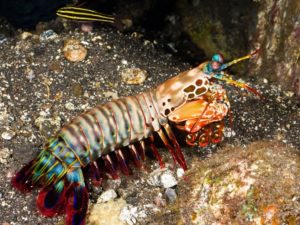 Let’s look at some of our Earthly senses. Some time ago one of my blogs [ALIEN LIFE 22 May 2016] looked at how an alien’s perception of the universe will likely be totally different from our own. But you don’t have to go off planet to find amazing creatures which possess attributes well in advance of our own earthly senses. In this blog I’ll explore just how different life on this planet is, in particular when you look at the five senses we require for survival. They are, of course, Sight, Sound, Smell, Taste, and Touch. Nerves relay the signals to the brain, which interprets them as sight (vision), sound (hearing), smell (olfaction), taste (gustation), and touch (tactile perception).

I remember vividly the family cat, having spent an infrequent night outside, miaowing outside our bedroom window early in the morning. Right outside. How did he know we were in there?  Earthly senses – but not human? And no – I do not snore. I have it on good authority.

Radar guns, magnetic compasses, and infrared detectors are all man-made inventions that enable humans to stretch beyond our five natural senses. But these gadgets are far from original: some animals were equipped with these “extra” senses millions of years before humans had even appeared.

Here are just a few animals with senses much different to ours, remembering, perhaps, that an evolutionary process would only give the equipment required to survive. Anything beyond that must come from elsewhere.

Toothed whales (a family of marine mammals that includes dolphins), bats, and some ground- and tree-dwelling shrews use echolocation to navigate their surroundings. These animals emit high-frequency sound pulses, either very high-pitched to human ears or completely inaudible, and then detect the echoes produced by those sounds

Rattlesnakes and other pit vipers use their eyes to see during the day, like most other vertebrate animals. But at night, these reptiles use infrared sensory organs to locate and hunt warm-blooded prey that would otherwise be invisible. Some animals, including eagles, hedgehogs and shrimp, can also see into the lower reaches of the ultraviolet spectrum.

(On our own, we are unable to see either infrared or ultraviolet light.)

The omnipresent electric fields produced by animals often feature in animal senses. Electric eels and some species of rays have modified muscle cells that produce electric charges strong enough to shock and sometimes kill their prey.

Other fish (including many sharks) use weaker electric fields to help them navigate murky waters, home in on prey, or monitor their surroundings.

Behavioural studies have revealed that animals as diverse as honey bees, sharks, sea turtles, rays, homing pigeons, migratory birds, tuna, and salmon all have magnetic senses. It is thought they may utilise small deposits of magnetite in their nervous systems; these magnet-like crystals align themselves with the earth’s magnetic fields and may act like microscopic compass needles.

We share the planet with creatures that can smell veins [vampire bats], see colors you can’t imagine, and communicate through their feet. Here are just a few animals with senses sharper than ours.

And here’s a link to a neat sensory comparison table which school children will find of interest: https://faculty.washington.edu/chudler/amaze.html 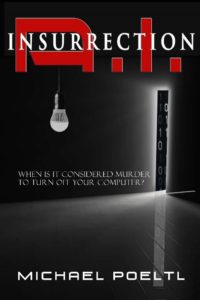 2162. Artificial intelligence claims sentience, but it’s the proof that will divide the world, and usher in the violent end to utopia, unless an uneasy alliance of adversaries can stop it.

A.I. Insurrection, the new release by Michael Poeltl, author of The Judas Syndrome trilogy, takes the author back to his roots of dystopian sci-fi. “This novel investigates global utopia and the struggle to maintain an unrealistic hold over everything and everyone,” Poeltl explains. “Certain aspects of humanity will never be satisfied with the thousand shades of grey a utopia will provide, no matter the spin. When faced with the threat of their robot slaves rebelling, distrust in the system begins to infect the general public, opening the door for a new world to emerge, and new leaders to rule.”

Discover how quickly a near-future utopian society can become a dystopian nightmare fueled by fear as the A.I. populace of United Earth become sentient and demand their freedoms.

Goodreads ratings for A.I. Insurrection are settling in at a respectable 4.25 stars and has one reviewer saying: “A great read for anyone who enjoys extensively built worlds, philosophical questions, and an ol’ fashioned A.I uprising.” – Ari Augustine.