How alive is the universe? 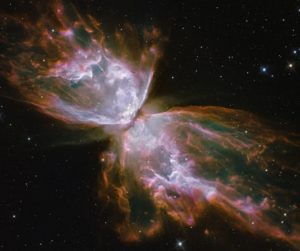 Is the universe conscious?

How alive is the universe?

Just how alive is the universe we live in?  We are all familiar with our own solar system and maybe even familiar with some aspects of our galaxy, but we now know the size of the universe is immense, restricted by distance and time from our own senses.

Some of the world’s most renowned scientist are investigating the scenario that the entire universe is connected by a field of consciousness through all of space, and therefore, by default, time. They postulate that it may have an inner life, similar to our own.

Thoughts on the subject

Gregory Matloff, a veteran physicist at New York City College of Technology has voiced views that humans may be like the rest of the universe in substance and in spirit. A “proto-consciousness field” could extend through all of space, he argues. Stars may be thinking entities that deliberately control their paths. Put more bluntly, the entire cosmos may be self-aware.

Such ideas are better known as panpsychism and it turns out to have prominent supporters in a variety of fields. New York University philosopher and cognitive scientist David Chalmers is in agreement. So too, in different ways, are neuroscientist Christoff Koch of the Allen Institute for Brain Science, and British physicist Sir Roger Penrose, renowned for his work on gravity and black holes. The bottom line, Matloff argues, is that panpsychism is too important to ignore.

You can read more at: MACH

But there is history

The concept of universal mind was presented by Anaxagoras, a philosopher who arrived in Athens some time after 480 BC. He taught that the growth of living things depends on the power of mind within the organisms that enables them to extract nourishment from surrounding substances. For this concept of mind, Anaxagoras was commended by Aristotle. Both Plato and Aristotle, however, objected that his notion of mind did not include a view that mind acts ethically, i.e. acts for the “best interests” of the universe.

Albert Einstein told us that “everything is energy”; that “a human being is a part of the whole called by us [the] Universe”. His words echoed the most ancient of spiritual and philosophical teachings and still underpin today’s cutting-edge scientific discoveries.  The Universal Mind goes by many names, dependent upon the mindset of the beholder, but the name in the overall scheme of things should not matter. The name is relevant only in so far as it inspires your thinking, your beliefs, and your knowledge.

Summary [as far as it is possible with current knowledge]

It may be that if we cannot find life on other planets in other galaxies, we may find evidence that it threads the universe in other forms.
The link between our minds and the universe is complex in many ways, and no matter which way you look at it: physically, religiously, practically, spiritually or metaphysically, there are associations which cannot be ignored. We are part of it all, in one way or another.

It may be a long time before we know the answer to ‘How alive is the Universe?’. But one thing is for sure – we will keep trying to find out. I believe that religion, spirituality and science will come together when more is known. Mind you, that may be a fair distance into the future, when humans are more at peace with themselves.