From a stranded alien comedian to the darkest depths of the human psyche; from a mind-blowing galactic adventure to clandestine extraterrestrial behaviour on Earth. They’re all here and more in this spell-binding collection of seventeen short stories to keep you guessing at every turn.

With tales of alien invasion, deep space mystery, time travel, and dystopian future Earths, this is a collection which takes inspiration from the much respected ‘old masters’ of Science Fiction. Here be new realms to explore—can you cross the void and challenge your dreams? 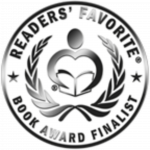 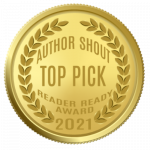 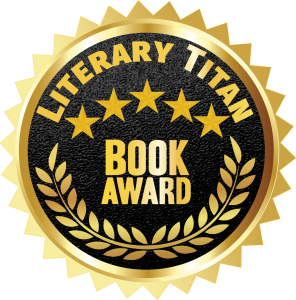 Looking for Life by Clayton Graham is a fascinating work of science fiction with seventeen uniquely different short stories. Each story has a magnificent and powerful message within its intuitive concept and narrative. It’s an extraordinary work that encompasses stories in which the settings are otherworldly, involving supernatural, futuristic, and other supremely imagined elements. Clayton Graham has created well-developed, in-depth characters drawing attention to their thoughts and psyche’s which brings a relatable human element to his otherwise bizarrely unfamiliar, action packed, transfixing and addictive stories. These characters, whether human or alien, find themselves in all sorts of terrible quandaries and places.

With an elegant, yet exhilarating writing style Clayton Graham has cleverly created a superlative collection of original stories each with twists, turns and surprises. Each story is woven together magnificently.  Every meaningful word held me fully engaged while each short story held special depth to the characters allowing me to have an amazing feeling of warmth and a deep connection to them. His descriptive writing style transports readers to shocking otherworldly lands which declares the author’s strong world building skill. Then, to provide readers with satisfying and thought-provoking conclusions to each and every one of his stories is truly fascinating and displays the brilliance of his overall creativity, intelligence and outstanding writing ability.

Looking for Life by Clayton Graham is the very best collection of short stories in the science fiction genre that I have ever read. In fact, I would prefer it over a full on science fiction novel. Graham has the incredible talent, creativity and smarts to take readers from one extraordinary, staggering, unbelievable and entertaining story that satisfies the soul – to the next!! Truly amazing!!

Artisan Book Reviews recommends Looking for Life by Clayton Graham to all those who desire to have an incredible, meaningful and thrilling reading experience!

5 Star Review: Purists often prefer the original designation, science fiction, for books like Looking for Life by Clayton Graham, but the less definitive, more contemporary label, speculative fiction, best describes the wonderfully engaging work proffered herein. The very best creations in this unique genre, no matter the designation, occupy themselves with the psychology of ‘human being’ rather than the accoutrements of war, technical toy-making, or scientific theory. While these highly intriguing elements of necessity clothe most imaginative stories of speculative fiction, the spirit of great science fiction is best found when exploring the foundation of life itself, whether alien or human, robotic or organic. This means telling living stories and in this glorious genre telling them with a twist.

Clayton Graham tells living stories and in his latest collection, Looking for Life, once again he tells them with a twist. Like the special secret friend of one little boy, the friend perceived as one floppy rabbit, calling down from space. Or like the alien animal collected to repopulate Earth’s barren devastation due to mass extinction, who turns out to be not just intelligent, but ‘chosen’. Or like the fellow member of a spaceship crew who lets himself be adopted by a planet, only to find himself repopulating the world with others who will certainly drive him mad. These are all stories of hypnotic speculation dressed in easily discarded clothing, provided only for some context amidst eager speculation while the reader tries to guess what might be coming next. Most often, ‘next’ comes with a delightful twist. Something to make the reader sigh, then remember why it is he loves science fiction.

5 Star Review: A Collection of Science Fiction Short Stories spans many different themes and ideas within the science fiction sub-genre and was penned by author Clayton Graham. Comprised of seventeen distinctly different stories with their own powerful messages, this enthralling collection delivers both human and alien characters in all manner of interesting predicaments. From a truly unique spin on the old fashioned alien invasion trope to visions of Earth’s terrible future and some entertaining dabbles with time travel, this collection pays homage to traditional science fiction, but elevates it to the action-packed and high-concept modern standards which we now expect.

Author Clayton Graham offers a collection of stories that will certainly warm the hearts of classic science fiction fans, but the real charm of the work is in how the themes resonate with the modern world, and that the characters have real relatable depths to them. My favorite story of the collection was The Special Friend, in which I really found myself absorbed by Edward and his relationship with the bizarre and enigmatic Floppy Rabbit. I enjoyed the fairy-tale quality of this story, and indeed every tale in the collection takes on a different genre approach, from time travel calamity to dystopian adventure. Throughout the pages, Graham’s prose is sharp and clean to read, with dialogue-driven story sections that move the plot forward and characterize the new faces that we meet very well. Overall, I would recommend Looking For Life to any reader seeking good quality science fiction bites to enjoy in their break-times.

5 Star Review: I have been privileged to have read Science Fiction Author Clayton Graham’s books, and have come to appreciate his skilled storytelling and out of this world imagination. Graham has a unique way of interlacing Science Fiction with the Paranormal. “Looking for Life” is on par with what I have come to expect from Clayton Graham’s books. I think you will really enjoy this enthralling story collection.

Let me list some synopses/excerpts of just a few of the stories to whet your appetite and let you decide:

I Encourage You To Read “Looking for Life”: I have also read, and given 5 Stars to, Graham’s books “Milijun”, “Amidst Alien Stars”, “Saving Paludis” and “Silently in the Night”. Graham grew up on the cobbled streets of Stockport, UK and settled in Victoria, Australia, in 1982.

Looking for Life: A Collection of Science Fiction Short Stories by Clayton Graham is a must-read for all science fiction fans out there. Reminiscent of those anthologies and short stories that propelled the golden age of science fiction, Clayton Graham’s elegant and engaging writing style as well as his grasp of a scene and environment makes every short story an entire adventure in itself.

Clayton Graham has elegantly crafted a superb collection of short stories, where every word matters, and none is wasted. It is not easy to incorporate twists and turns in the small number of words allocated to each story but Graham manages to build solid stories and deliver fulfilling endings. From Verne to Shelley, Asimov, and Bradbury, science fiction has primarily dealt with imagination coupled with two extremes; hope and horror. Graham manages to capture the terrors of the fantastic while sprinkling in the persistent and enduring feeling of hope that underlies the actual journey of the human race.

The author’s exploration of fear and how each impacts behavior, both in mundane and fantastic environments, puts into perspective current real-life situations. Most people look at an anthology of science fiction short stories as something they can breeze through, some light reading on a slow day. However, the impact of each story is enough to make me pause and ruminate afterward, my own imagination soaring starting at the point where the author left off. Each story in Looking for Life is just the tip of the iceberg, a snapshot of unique individual universes ripe for exploration.