An early blog this month as Christmas is rapidly approaching, and two paranormal mystery authors to check out. 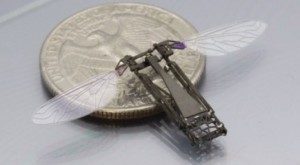 In my Sci-Fi novel ‘Milijun’ a very small flying robot or MAV is used to access the Eucla military base in Australia. In today’s parlance, if they have a flapping wing, these vehicles are called Biomimetic Micro Air Vehicles or BMAV for short. There is a significant amount of research being undertaken in this area, mostly based on the study and replication of the Earth’s flying creatures. The intent is to make these robots as independent as possible from their controller. As you would expect, much of the financing is from the military sector.

Early work soon concluded that MAVs in general had great potential for military applications. This inspired the US Defense Advanced Research Products Agency (DARPA) to fund additional studies in 1996. Although there were many biological studies on flying insects and birds that implied a future intention to design bio-inspired aircraft, the use of the term MAV did not become commonplace until after this time.

MAVs can perform various a limited-duration missions. They are easily transported to a launch site and remotely flown by a single operator. They can investigate hazardous situations such as chemical spills and fires, in either open or partially restricted areas. Their size, of course, also makes them difficult to detect, so they are useful in police or military surveillance missions.

There are three categories of MAV. They are distinguished according to their means of generating propulsive thrust and lift: fixed-wing (FMAV), rotary-wing (RMAV), and flapping-wing (also called biomimetic or BMAV).

As the figure illustrates the BMAV as used in ‘Milijun’ follows an insect design.

BMAV are bioinspired from the flapping wings of insects, birds, or bats. Lift and thrust are achieved by flapping the wings. Flapping the wings generates a greater force per wing surface area. Therefore, a BMAV has the potential to be much smaller than either FMAV or RMAV. The flapping frequency depends on the wing surface area. For example, dragonflies must flap at approximately 30 Hz, while bees (which have much smaller wing-to-body ratios) must flap at 200 to 250 Hz. [The hertz is defined as one cycle per second].

The following is from a 2012 article, so things will have advanced dramatically since then:

At Harvard’s SEAS laboratory, Professor Robert Wood and his colleagues are making vast advances in the field of micro air vehicles. Their latest project, the Robobee, seeks to incorporate bio-inspired design with a state-of-the-art navigation system that allows for autonomous flight and coordinated work with other Robobees. Their team, which includes evolutionary biologists, engineers and computer scientists, implements many of the tricks that the bee uses to create lift in unsteady aerodynamic conditions in which classical aerodynamics struggles.

Looking forward, the team hopes that the Robobee may one day work as a swarm to execute reconnaissance missions, monitor environmental change, and even replace real bees by pollinating flowers and crops.

Great advances have been made in automated flying small vehicles. Have a look at this amazing video from German automation giant Festo. Rather uncanny yet beautiful to watch.

Whilst much of the current research activity is in the United States, there are growing programs in China, UK, France and South Korea. Other nations such as Malaysia are also showing an interest. In addition to the obvious military applications there are a multitude of civilian uses which spring to mind for MAV: reconnaissance following natural disasters such as floods, looking for survivors, fire fighting, checking out suspect vehicles. They just need to know when to go to ground!!

The advantages of insect-type flight over other modes of operation are potentially huge. Flying insects are nature’s most accomplished aviators. Refined over 300 million years of evolution, their method is exceptionally power efficient, relatively silent and allows incredible feats of agility.

Here’s another great link: Rise of the micro air vehicle

Two great authors to check out, if you like paranormal mystery:

ANNE FRANCIS SCOTT :  Anne Francis Scott is a Readers’ Favorite award finalist author in paranormal fiction. She has a fascination for haunted houses, ancient cemeteries, and ghostly mysteries with a twist. Those passions fuel her writing, giving her the chance to take readers to an otherworldly place and leave them there for a while. She hopes that journey is a good one… 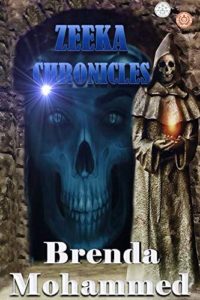