First Contact is imminent, but it comes with conditions…

Laura and Jason are on vacation when their lives are turned upside down by otherworldly creatures that fall to Earth in the dead of night.

Frightened and bewildered, they become trapped in a dark and mysterious conflict between clandestine Earth forces and the alien wave—and Laura’s world starts to unravel.

But everything may not be as it appears. Could the aliens have an ulterior motive? And do they have a mission for Jason?

The world may not be ready for alien communication, but it may have little choice in the matter.

If you like Close Encounters, Contact, and Arrival, then you’ll love Milijun, the first novel of a gripping new alien interaction series from Clayton Graham.

“Captured my interest from the very beginning, and never once let go.” Jenna – Indie Book Reviewers

“If you love the genre, read this gem.” Julius Zon – Self Publishing Review

“This is a must-read for science fiction fans who appreciate a hard scientific foundation, in the tradition of Asimov, Niven, or Heinlein.” Patrick Dent 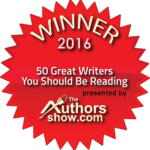 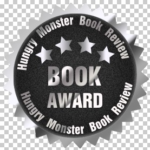 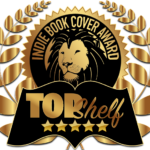 A book that digs deep into the human psyche and comes out on the other side with exceptional insight…. that is a sci-fi, futuristic, alien-packed book that I can get behind. I think the most interesting thing about this tale of interstellar contact in the Australian outback is the amount of world-building that was required. By couching the plot about 150 years in the future, author Clayton Graham had to essentially create the future of our species. Oddly enough, the same fears and failings that we struggle with now are present in these characters. The timelessness of this book hinges on the philosophical aspects; this is more than a book about aliens trying to experiment on humans and seeing whether inter-species contact will be peaceful… it is a book about human nature, our behavior to one another, and our ambitions for the future. Traveling to other stars is now a reality, and in the next century, we could see many of the projected organizations and events that are detailed in this book from Graham. It was clever from start to finish, and no detail was left overlooked. A thoroughly impressive contribution to the genre, and a mind-bending experience for those already eager for the future.

WOW, what an amazing book from author Clayton Graham. It was excellent and genuinely captured my imagination. The writing was superb and it hurtled along at a thrilling pace. This is a prime example of how to write an outstanding debut novel and I can’t wait to read more.

If you like futuristic sci-fi which deals with human/alien interaction, go out and buy this book. Definitely worth your time.

Read all 50 reviews at Goodreads

and 60 more at Amazon