First up this month a reminder you can join my Street Team at street team. All are welcome.

Free copies of SILENTLY IN THE NIGHT and MILIJUN are still available to review for members of the team. All you have to do is ask!
In this group, you’ll have access to free books, the latest news, sneak peaks, giveaways, exclusive excerpts and all about the newest books and launches. And as a bonus, a look at some of the newer technologies about to hit an unsuspecting planet Earth.
You’ll still be the first one to know about my new books, goodies, and will have the chance to participate in ARCs and promotional events.
I very much appreciate my street team members. Thank you for joining the team and feel free to share something about yourself, and most importantly, have fun!

That done, here we go off to the moon:

It is pretty obvious if you check out contemporary activity that the race to the moon is back on. There are many agencies openly involved in this endeavor, based in Europe, USA, Japan, China, India and much of the activity is open to the point of inter – company competition. The advent of private individuals and companies in this field, like those of Elon Musk, make this an intriguing scenario. And the target dates are not too far in the future.

One of the most exciting proposals concerns setting up a Moon Village. This will be a product of international collaboration between spacefaring nations. It will include science, business, mining and even tourism, according to Johann-Dietrich Wörner, director general of the European Space Agency (ESA). It will also be a first step to exploring Mars.

As with all things in this new age of space exploration, collaboration appears to be the key to making things happen. This certainly seems to be the case when it comes to the China National Space Administration (CNSA) and the ESA’s respective plans for lunar exploration. As spokespeople from both agencies have announced, the CNSA and the ESA hope to work together to create a “Moon Village” by the 2020s.

The space agency has been touting the permanent lunar colony as a replacement for the orbiting International Space Station, which is due to be decommissioned in 2024.

In addition, it is likely that the construction of this base will rely on additive manufacture (aka. 3D printing) techniques specially developed for the lunar environment. The ESA is working with renowned architects Foster+Partners to test the feasibility of using lunar soil to print walls that would protect lunar domes from harmful radiation and micrometeorites.

Have a look at the fascinating video for more information: Village on the Moon

Also on the cards is a NASA-led project to build the first lunar space station as part of a program called the Deep Space Gateway. The Russian space agency Roscosmos and NASA have apparently signed a cooperation agreement to work on the station, building the systems needed to organize scientific missions in lunar orbit and to the surface of the Moon.

More about this in a later blog. 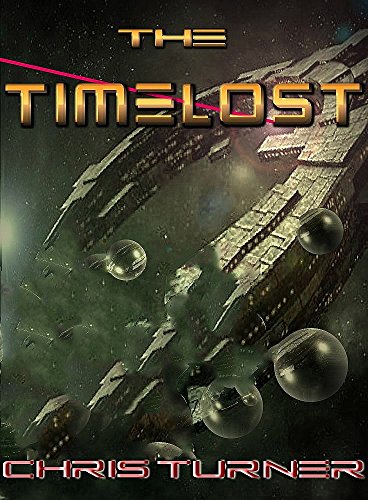 The Timelost by Chris Turner

A pilot stranded on a faraway planet, timelost. An alien seeking symbiosis.

In 2014, I started sequencing original SFF to audio using the Booktrack free studio tool, and it offered up a unique, creative experience. I was amazed at how the placement of some well-crafted audio, synced by word, sentence or paragraph could make a story come alive—in the same way a soundtrack makes a movie come alive. To date, I have produced a few dozen, text-and-audio renditions of my stories, drawing on the wide variety of sound clips from the Booktrack audio library.

The Timelost, my most recent production, is a gritty, dystopian foray into the macabre.

The world-building was intense, as I tried to incorporate elements of ‘galactic empire’, the theme of ‘a few struggling against many’, and extraordinary alien adversaries. I also wanted to develop the concept that an ordinary person, the pilot Miko, when plunged into a hostile, colonized, or uncolonized world with chilling advanced alien technology, could become a hero. And not just by circumstance.

The movie Prometheus, even though I had seen it after writing The Timelost, deeply moved me and confirmed my fascination with a SciFi, man-vs-alien conflict. Human and alien genesis theories intertwine as the characters scramble to survive many bizarre and unexpected hostile encounters. The story took on overtones of fantasy horror as it gained momentum, with elements not dissimilar to the Cthulhu mythos a la Lovecraft and the imaginative works of R.E. Howard.

I invite you to enter Miko’s distorted world in The Timelost. The Booktrack text-and-audio based format thrusts the reader into the terrifying unknown of planets of deep space.