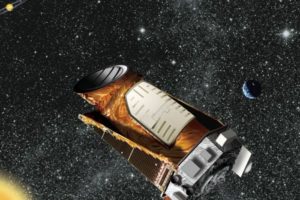 A belated Happy New Year everyone. This month we are looking at new books and new planets.

To start off with some good news: my web site has just received an award from Writer Awards for one of the best Author Web sites in 2017. I much appreciate that.
This month also saw the launch of my short story collection ‘Silently in the Night’ on Amazon. You can have a look here: Silently in the Night

And we also have a guest blog from Kumar L for the ‘Earth to Centauri’ series.

That intro done, we can now get into the first topic of the year, which I thought could come under the ‘Alien Nature’ heading and concerns results from the Kepler telescope released last month.

New planets from Kepler: Another planet has been found by NASA and Google in a faraway solar system, and like Earth, the new planet is the third rock from its sun but can orbit it in just 14 days.
Even more amazing, machines and not humans made the discovery. This eighth planet found orbits the star known as Kepler-90, some 2,545 light years away. But it is very close to its sun, and is therefore a scorching 427 degrees Celsius at the surface. In fact, all eight planets are scrunched up around this star, orbiting closer than Earth does to our sun.
This is the only eight-planet solar system found like ours — so far — tying for the most planets observed around a single star.
“This is a really exciting discovery, and we consider it to be a successful proof of concept to be using neural networks to identify planets, even in challenging situations where the signals are very weak,” said Christopher Shallue, senior software engineer at Google in Mountain View, California.
The fact that this system is so far away speaks volumes for the scope of contemporary astronomical equipment. The data came from the Kepler telescope, which NASA launched into space in 2009 as part of a planet-finding mission that is expected to end next year as the spacecraft runs out of fuel.
Machine learning had not been applied to data acquired by the Kepler telescope until Mr Shallue came up with the idea.
“In my spare time, I started Googling for ‘finding exoplanets with large data sets’ and found out about the Kepler mission and the huge data set available,” he said. “Machine learning really shines in situations where there is so much data that humans can’t search it for themselves.”

Link to the full article Kepler

SILENTLY IN THE NIGHT 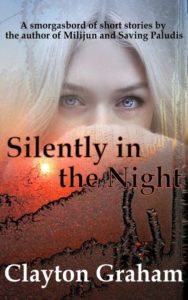 Silently in the Night cover

Release of ‘Silently in the Night’ on Amazon

This collection of short stories has now been published. Hope you enjoy.

Here’s the blurb for ‘Silently in the Night’:
A collection of tantalizing tales with more twists than braided hair:
Mystery, murder and mayhem – plus a moment of romance.
Sympathize with a doomed husband and connect with an altruistic robot. Explore an isolated Scottish isle and touch down on a far-flung asteroid.
From the light-hearted to the darkest depths of the human psyche. They’re all there in this smorgasbord of short stories to keep you guessing at every turn. From the author of Milijun and Saving Paludis.

And the link again: Silently in the Night 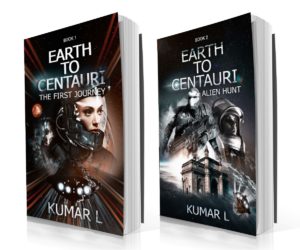 Earth to Centauri – Alien Hunt
The year is 2118. The First Journey from Earth into interstellar space has been successful, but the explosive secret carried aboard Voyager 1 will have grave consequences.
As Captain Anara and her crew returns to Earth aboard their faster than light spaceship Antariskh, civil war breaks out on the world they have just left behind. A cryptic message warns her of the dispatch of mercenaries to Earth. Their mission – unknown but deadly. She may have just days to prevent unimaginable carnage on Earth and stop the outbreak of interstellar war.
Her crew and the National Investigation Agency or NIA, engage in the greatest undercover search for the mercenaries in the streets of the megacity. As they race against time to uncover the plot, a traitor is unmasked and Anara herself comes under suspicion. She must use every ounce of her resourcefulness to protect 30 million people and one unique innocent life.
Immerse yourself in an edge of the seat thriller on a realistic future Earth and geek out on the technology just a few decades away from today.

And here’s a link to the first book in the series: Earth to Centauri