It seems that every time we land on Mars the search for water and life gets stronger. The well-named Perseverance spacecraft is no exception. The vehicle is a car-sized rover designed to explore the crater Jezero as part of NASA’s Mars 2020 mission. It was made by the Jet Propulsion Laboratory and launched on 30 July 2020. Confirmation that the rover successfully landed on Mars was received on 18 February 2021.

The rover is also carrying the mini-helicopter Ingenuity, an experimental aircraft that will attempt the first powered flight on another planet. I’m hoping for spectacular vision for the maiden flight. This is one of the more exciting technical  innovations added to the NASA rover family.

You can get more details of the on-board instruments here: Perseverance Instruments

What is the power source on the Perseverance rover?

The Perseverance rover requires electrical power to operate. Without power, the rover cannot move, use its science instruments, or communicate with Earth.

Perseverance carries a radioisotope power system. This power system produces a dependable flow of electricity using the heat of plutonium’s radioactive decay as its “fuel.”

The power source is called a “Multi-Mission Radioisotope Thermoelectric Generator” or MMRTG for short. The MMRTG converts heat from the natural radioactive decay of plutonium into electricity. This power system charges the rover’s two primary batteries. The heat from the MMRTG is also used to keep the rover’s tools and systems at their correct operating temperatures. 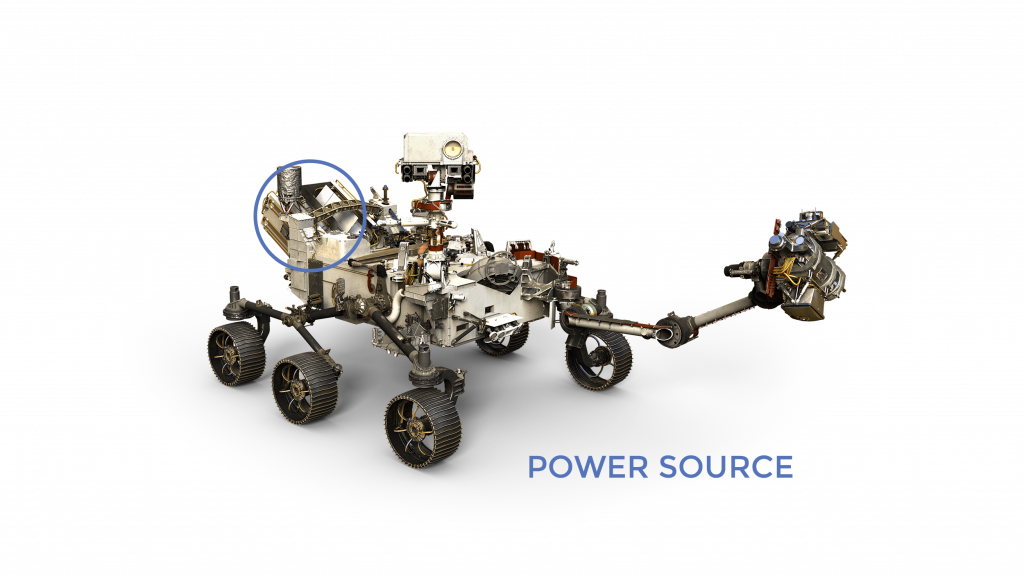 From the links below, you can track where Perseverance is, listen to the Martian wind, and watch the Sky Crane ascend.

This mission is critically important to understanding more about Mars and its history [with or without life]. Plans appear to be progressing covering the details of a manned mission. I hope that this is now concentrating on a landing and a return for the astronauts involved.

The next stage must surely be a robotic return mission—imagine the excitement as the spacecraft returns to Earth.