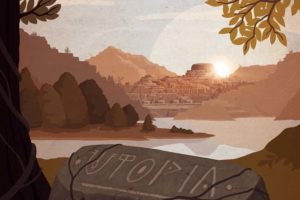 The subject of technological pre-human civilisations on Earth is a contentious one. Surely we would have found something from a society that existed millions of years before ours. Or would we? Our current climate experiences suggest that things can happen very quickly, including devastating fire events, earthquakes and volcanoes. Maybe traces of an extinct or cosmos-bound civilisation would soon vanish under the onslaught of such ruinous events over many millions of years.

Research into pre-human civilisations. Did they exist?

It’s a big question. In a mind-bending hypothesis entitled “The Silurian Hypothesis”, written in 2018, scientists at NASA’s Goddard Institute for Space Studies and the University of Rochester took a critical look at the scientific evidence supporting the scenario that ours is the only advanced civilization ever to have existed on Earth.

“Do we really know we were the first technological species on Earth?” asks Adam Frank, a professor of physics and astronomy at Rochester and a co-author of the paper. “We’ve had an industrial society for only about 300 years, but there’s been complex life on land for nearly 400 million years.”

“Our cities cover less than one percent of the Earth’s surface,” Professor Frank says. “Any comparable cities from an earlier civilization would be easy for modern-day paleontologists to miss. And no one should count on finding a Jurassic iPhone: it wouldn’t last millions of years.”

Finding fossilized bones is a slightly better bet, but if another advanced species was on Earth millions of years ago it would be easy to overlook their fossilized skeletons — if they had skeletons. Modern humans have been around for only 100,000 years, a very small period of time within the vast fossil record.

A red flag signaled by a pre-human civilisation [if they are at all like us] is more likely to be something like long-lived synthetic molecules, though they could be buried miles deep. In our case, technological development has been accompanied by widespread extinctions and rapid environmental changes, so those are red flags as well.

Maybe the moon or Mars?

The moon is the target of Penn State University astronomer Jason Wright, one of a handful of other researchers now applying serious scientific thought to the possibility of advanced pre-human civilisations.

“Habitable planets like Earth are pretty good at destroying unmaintained things on their surfaces,” Wright says. So he’s been looking at the possibility that such a civilisation might have been a spacefaring one. If so, artifacts of their technology [technosignatures] might be found elsewhere in the solar system.

Finding technosignatures in space is an extremely long shot, but Wright argues that the effort is worthwhile. “There are lots of other reasons to find peculiar structures on Mars and the moon, and to look for weird asteroids,” he says. Such studies might reveal new details about the history and evolution of the solar system, for instance, or about resources that might be useful to future space travelers.

A provocative paper on the possibility Earth might have spawned more than one technological society during its 4.5-billion-year history has been produced by Gavin Schmidt [Director of the NASA Goddard Institute for Space Studies] and Adam Frank. And if indeed some such a culture arose on Earth in the long distant past of geologic time, how might scientists today discern signs of that incredible development? As the paper put it: “If an industrial civilization had existed on Earth many millions of years prior to our own era, what traces would it have left and would they be detectable today?”

Albert Einstein and J. Robert Oppenheimer had strong views on the topic of this blog—more about that in February’s blog. However, it is just possible that our history is much more interesting than we have been taught. After all, our written scribes don’t go back very far at all.

For a glance at a Utopian civilisation, you can check out: UTOPIA