An alien revolution, forged by a timeless legacy, threatens to stop mankind’s galactic expansion dead in its tracks…

Stefan Lattanzis never expected his planet to become a battlefield, but when researchers from Paludis share a scientific breakthrough with Earth, peace escalates to the brink of war in a hurry. Adding fuel to the fire, the local aliens have a mysterious and devastating agenda of their own, and a desperate human cult has its own plans to exploit the remarkable new technology.

To save his precious home world, Stefan must team with two strangers, a botanist and a mysterious seer. They must trust in each other to prevent newly-emerged forces from destroying Paludis and creating a dystopia from which they will never return. But how can they defeat the might of Earth?

Saving Paludis is an electrifying sci-fi thrill-ride. If you like futuristic technology, alien political intrigue, and high-octane, paranormal action, then you’ll love this incredible interstellar adventure! 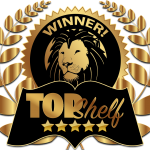 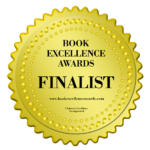 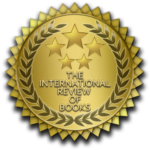 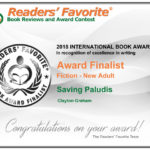 A line in the book that stood out to the reviewer:
As if in a dream, she drifted from incubator to incubator, child after child, her footsteps echoing eerily in the vast, cold chamber.

In the distant future mankind has been able to venture into distant space by virtue of wormholes in space-time. Earth eventually colonizes a planet, which they name Paludis. Over time, the planet’s indigenous people are corralled on an island, and since their deity, Garn, is an ocean dweller, the Muskans (as they call themselves) cannot enter water and are essentially trapped. For years, the planet’s main production of bauxite has been serving them well but is on the decline. However, the discovery of another natural resource offers the Paludis’ earth dwellers another source of income. This, coupled with a rogue Muskan, missing people, an unborn child, the Paludis Police, and an ancient discovery threatens to disrupt the entire planet with a war between Paludis and Earth.
If you like good sci-fi, good writing, and a plot that screams adventure, you’ll like Saving Paludis.

Set about 2000 years in the future, when mankind has spread its wings, this tale takes place on Paludis at the extreme edge of human colonization. Humans occupied this mineral-rich gem of a planet centuries ago by violent conquest. The subjugated remaining inhabitants – superstitious primitive aliens, the Muskans – are confined to a narrow little stretch of land named Musk. Tak-Elno, a Muskan, flouts the laws of the sea-god, Garn, and swims in the ocean, a crime.
Thus begins an incredible chain of events. Clayton Graham’s Saving Paludis is definitely a great interstellar thriller and recommended to its targeted audience of young adults and older readers.

Space Out With Sci Fi in June: The Haunted Reading Room June 7 2018

Immediately I was engrossed in this thoughtful and thought-provoking futuristic science fiction novel. My lifelong stance has always been to favor the underdog and cheer on the oppressed. Immediately, my attitude was total empathy with the “aliens,” who rather than invading Earth, had instead been invaded by Earthlings–and not just invaded, but shuffled off to a single corner of the continent. I found SAVING PALUDIS an exceptional novel with powerful and lasting impact. I happily noticed resonances of the late, lamented Arthur C. Clarke.

Intelligently plotted, Saving Paludis is a science fiction story with great futuristic elements. The conflict is riveting and it isn’t strange that when a piece of powerful technology comes onto the market, there is infighting among powerful groups to take control of it. Clayton Graham exploits this aspect of the story to grab the reader’s interest, build tension, and move the plot forward. The writing is compelling and there is a fluidity of expression that will delight readers who enjoy clarity in writing.

Saving Paludis is a wonderfully intelligent, creative and superbly written book. Quite often I struggle with the ‘world building’ element that accompanies this genre. But not in this case. The author is clearly highly skilled in bringing alien races, otherworldly technology and distant planets to life with such clarity that the reader cannot fail to be impressed.

The book deals with many issues but namely conflict, camaraderie, coexistence, tragedy and loss. The plot moves along at a good pace and each character is given depth and personality. Descriptions are detailed and beautifully written. In fact, by the end, I felt as if I’d witnessed an interstellar adventure of truly epic proportions.

Read all reviews at: Goodreads

and more at Amazon