Simon Cordell: The man who started it all

Simon Cordell: the man who started it all 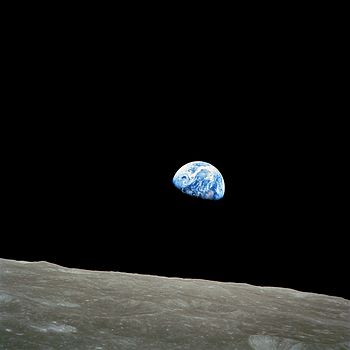 NASA Earth from the Moon

He would never had made President of the USA but now the US Presidential election is over, I thought I’d turn to my Science Fiction Novel Milijun and have a look at another US citizen: the lunar  miner Simon Cordell.

Imagine crossing the surface of the moon with limited resources, accompanied [or led?] by a strange alien creature, which has just destroyed your lunar habitat and your colleagues within. Trouble is, you don’t have a choice. Simon Cordell is from the USA. He’s a bit of a rough diamond, but he’s as tenacious as a human could ever be. He knows if he can survive, he will witness events which will change mankind forever. Other than saving his own life, this is as good a reason as any to endure the rigours which an unkind universe throws at him.

He must reach his harbour, his safe haven. And he must have proof of what happened to the lunar base – or be branded a murderer himself.
He does, of course, survive. But he cannot forget the events on the moon. Indeed, he sees it as his right to become part of them. When he was a teenager, Simon had to fight to survive in a post-conflict America. He lost his brother to the cold, icy waters of a northern lake, and that event haunts him like no other, yet it is the events on the moon which will dictate the direction of his life.

There is no doubt Simon feels some guilt concerning his brother’s death. Should he have gone beneath the ice to try and find him? Should he have gone to look for help earlier? Perhaps they should not have ventured on the ice at all? No matter how much he realises that fate was against them on that dark day, he cannot rid himself of lingering guilt. And so it is with the aliens. He discovered them after all.

In Milijun, Simon is sorely tried. He suffers tremendous physical and psychological pain. He responds with alacrity and heroism. Events test his sanity to breaking point. Yet he remains himself, he remains the man he was even before he left Earth to seek his fortune on the moon.

Here’s an outbound link to some fascinating facts about the moon:   http://www.moonlightsys.com/themoon/facts.html

Simon made out a tall figure silhouetted by light from the adjoining room. The door shut, but the figure did not move. Simon searched the face but it was still too dark to make out. However, he was sure it was not one of the men who had attacked him.
“How are you, Mr Cordell?” Simon frowned as he recognised the voice as female. The woman took a step forward. “You injured one of our friends, Mr Cordell.” There was a quiet threat in the words, but Simon’s main reaction was one of disbelief. He tried to remain calm, took a mouthful of water.
Sudden sunshine fell on the woman’s face. She appeared young, Aboriginal, with a flawless skin tone. The sunlight left as swiftly as it had arrived. Something indistinctive emerged as a blur from the woman’s body and stood beside her. Simon’s heart leapt as he was suddenly taken back to the moon. He screwed up his eyes and looked again. There was no mistake. One of the alien creatures had emerged from the woman and now stood swaying beside her; eyes mesmerising even in the dull light, wings folded tightly to the body. Simon felt his hands grow clammy and fear rise in his throat. His breathing became laboured as if there was a heavy weight on his chest.
“This is RNetnA,” the woman said as lightly as if she was introducing an old school friend. “She could enter you if she wished.”
Simon raised his head from the bed, remembering Le Blanc. “Who are you?” he gasped. None of this made sense. The woman approached the end of the bed and perched near his wired feet.
“To use an old parlance, Mr Cordell, we have a mission for you.”
Simon thought he recognised a police uniform, and an irrational relief momentarily surged through his body. A police mission? Then why was he bound? He said nothing, just waited and stared at the alien. The skin seemed rougher than he had perceived on the moon, but the eyes were just as deep. He could not believe the things had names.
“What is happening with RSenfI’s leg?” the woman asked.
He managed a faint response, still staring at the alien. “Who? Why?”
A sharp pain shot up his leg as the woman swiftly drew her asp and sent an electric shock into his shinbone. Police standard issue. He realised she was actually a police officer.
“You do not have the luxury of questions,” she said. She leaned closer, and Simon saw the fanaticism in her eyes. “We know the artefact, as you call it, is with a Professor Bauer in Dresden. Tell me what is happening.”
“It is being studied. That’s all I know. I am not a scientist.”
“Then why were you there?” The whites of her eyes shone in the dull light.
Simon endeavoured to raise his shoulders in a meagre shrug. “I came across your …” he sought for the right word, “friends, on the moon. There were deaths. You’re a policewoman. You know all this. You know I am tagged and why.”
Janice Mepunga smiled. “Not any longer Mr Cordell. Your tag has been removed.”
Simon checked his wrist. It was true. The bracelet was no longer there. He briefly felt some elation, but then he realised nobody could trace him. Nobody would know where he was.
His captor raised the asp towards his genital area, and Simon felt a cold sweat beak out on his brow. The alien still stood with its head on one side.
“So Mr Cordell. Why did you go to Dresden and what did you see?”
“I was invited because I found the …” again, he stumbled for the right words then opted for the simple truth. “I found the alien limb.”
“You found it?” A faint smile crossed the policewoman’s lips. “And why have you come to Australia?”
Simon groaned. “You must know this, too.” His eyes glanced at the alien. “There are more here. I wanted to assist in some way.” He closed his eyes and wished himself a thousand kilometres away.
Mepunga leaned over. “You shall assist, Mr Cordell. You shall have your wish.”