The Latest and Strangest in Robotics 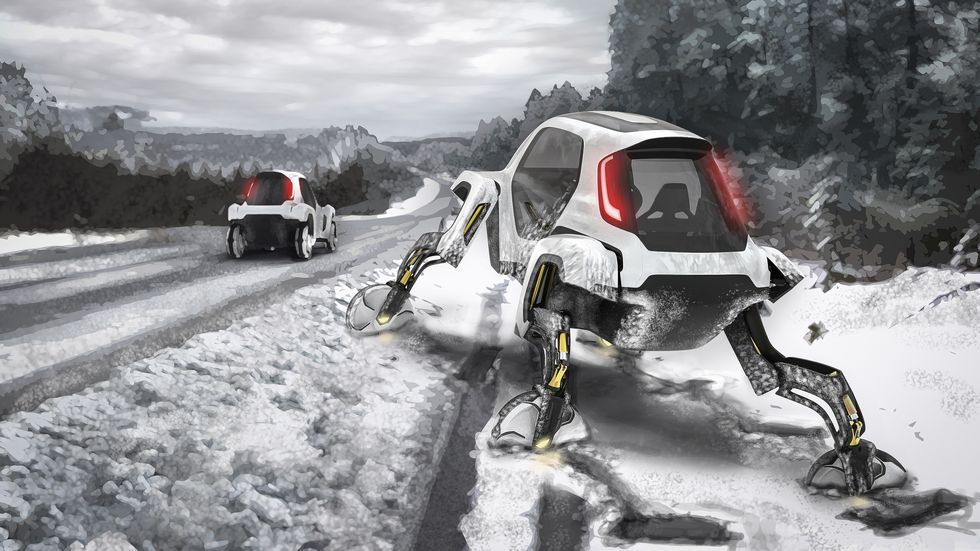 Time this month to have a look at what’s happening in the field of robotics. Just a list to peruse at your own leisure and let your mind run riot.

This looks like a great rescue vehicle in certain circumstances.

Hyundai says its Elevate concept marks the first “Ultimate Mobility Vehicle,” a neat description that basically means the world’s first car with legs. The company is putting the vehicle forward as a possible solution for search-and-rescue operations.

“When a tsunami or earthquake hits, current rescue vehicles can only deliver first responders to the edge of the debris field. They have to go the rest of the way by foot. Elevate can drive to the scene and climb right over flood debris or crumbled concrete,” John Suh, vice president at Hyundai, said in the release.

We are by now all familiar with Boston Dynamics’ famous robot dog, if only by watching the TV series War of the Worlds. And there can be no doubt we are all familiar with the disaster at Chernobyl. This area, and the nearby town of Pripyat in Ukraine, are still carrying high levels of radioactivity – and that’s where the robot dog comes in.

The robo-dog is on a mission to measure radiation levels so scientists can create a comprehensive 3D map to illustrate the distribution of the harmful electromagnetic waves.

For another use of this technology see  Ford Robotic Dogs 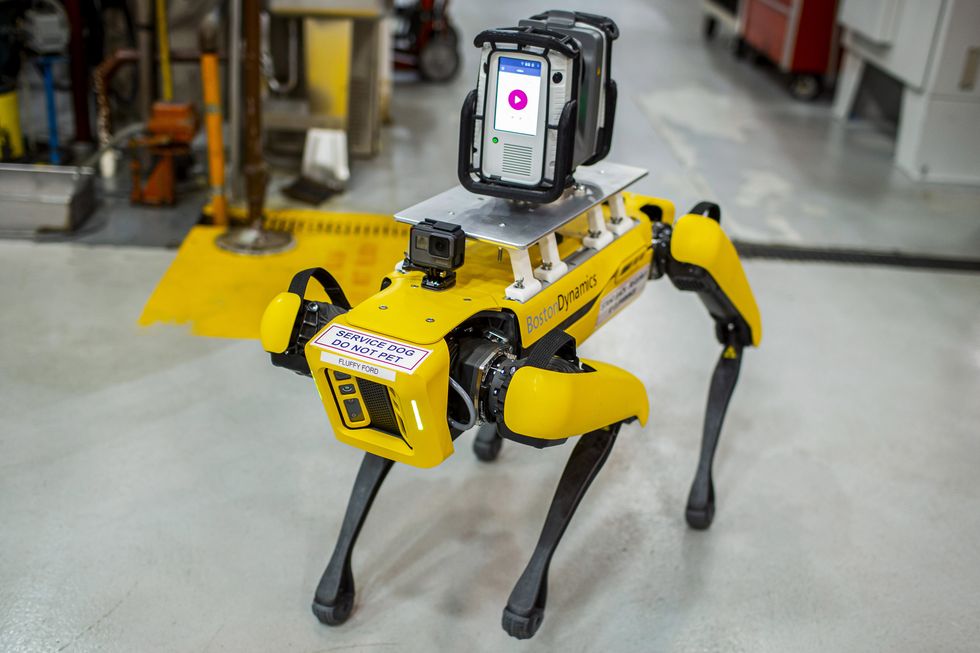 Ford has announced it has leased a pair of Boston Dynamics Robot Dogs.

Ford is using the robots to help it 3D-map its Van Dyke Transmission Plant. “By having the robots scan our facility, we can see what it actually looks like now and build a new engineering model. That digital model is then used when we need to retool the plant for new products,” said Mark Goderis, Ford’s digital engineering manager. The automaker named one of them Fluffy. The other is keeping its Spot moniker assigned to it by Boston Dynamics.

Robots are taking over farms faster than anyone saw coming, as the first fully autonomous farm equipment is becoming commercially available, meaning machines will be able to completely take over a multitude of tasks.

Tractors will have no farmer in the cab and specialized equipment will be able to spray, plant, plow and weed. And it is all happening well before many analysts had predicted thanks to small start-ups in Canada and Australia.

In Australia, SwarmFarm Robotics is leasing weed-killing robots that can also do tasks like mow and spread. The companies has said their machines are smaller and smarter than the gigantic machinery they aim to replace.

Sam Bradford, a farm manager at Arcturus Downs, was an early adopter as part of a pilot program for SwarmFarm last year. He used four robots, each about the size of a truck, to kill weeds.

And the robots are more precise. They can distinguish the dull brown colour of the farm’s paddock from green foliage and aim minimal chemicals directly at the weeds. It is a task the farm does two to three times a year over 20,000 acres. With the robots, Mr Bradford said he can save 80 per cent of his chemical costs.

It also means less chemicals on the land, which is a very good thing.

As they say: “This is not industrialised agriculture, this is actually digital-savvy new agriculture.”

For more you can check out:

And the last word [song] to Boston Dynamics to the tune of:   Do you love me?